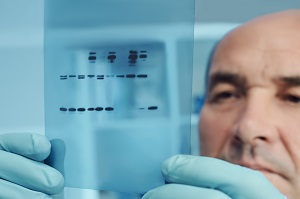 The western blot (or immunoblot) technique has been a fundamental in protein analysis since the 1970s, the decade when it was first discovered that biomolecules could be spotted directly onto membranes (spot ELISA or DNA dot blots), or transferred from gels (southern blots, northern blots, western blots). Despite the now routine application of western blotting, successful results can depend on several factors including optimal membrane selection for the desired detection method and protocol.

Western blotting is an analytical technique in molecular biology often used to investigate and characterize a protein’s post-translational modifications, for protein identification, and in protein production validation. Simple, yet effective, the western blot has applications in many settings including basic science research, biopharmaceutical production, forensics, and diagnostics.

The key to reliable and reproducible western blot results is a clean, low-background image. Problems can arise from:

What is Your Western Blot Detection Method of Choice?

While the steps in western blotting protocols remain the same, detection methods vary.

The most commonly used detection methods involve radiolabels, fluorophores, chromogenic and chemiluminescent enzymatic reactions. Each approach has its own benefits and considerations:

Both qualitative and quantitative results rely on the difference between the background and the signal from the protein of interest. We offer a variety of transfer membranes that have been optimized for western blotting applications. The sensitive nature of our membranes yields high resolution results with low background and burn through.

Since the membrane is detergent free and unsupported, it yields sharper images with little to no distortion and has lower protein burn through than competitive nitrocellulose media in electrophoretic transfers. Highly consistent, both inter- and intra- lot, this membrane provides sensitive detection of biomolecules blot after blot.

For more information about our range of products, explore our product catalog.