80% of people infected with Corona virus will experience only mild or no symptoms. Of the remaining 20% who require further treatment and/or hospitalization, 5-10% are admitted to the Intensive Care Unit (ICU)1. The focus is on ICU patients, whose optimal treatment is crucial, to ensure a positive outcome for them and continuous availability of life-saving services for every patient who needs them.

Researchers worldwide are working hard to develop Coronavirus-targeted therapies and vaccines which will help with the infection, but these are all currently under evaluation. In the meantime, using the available evidence, how can we protect the ICU patient? Particles have been shown to be present in intravenous solutions2,3,4 and are infused into ICU patients5,6,7,8,9,10,11. Further, data from animal studies has demonstrated the negative effect of particles on the microcirculation2,3. Data from clinical trials supports the hypothesis that infused particles act directly on the microcirculation of several organ systems such as the kidney and lung and induce a systemic hypercoagulability and systemic inflammation12,13,14.

The good news is that in-line filters can reduce the number of infused particles into ICU patients4,5,6,8 and that the presence of these in-line filters thereby may improve ICU patient outcomes by reducing respiratory, hematological, renal and systemic complications12,13,14,20. Learn more in Pall Statement by filling out the form.

Learn more in the Pall Statement

Thank you for filling out the form! The Pall Statement will be emailed to you shortly. 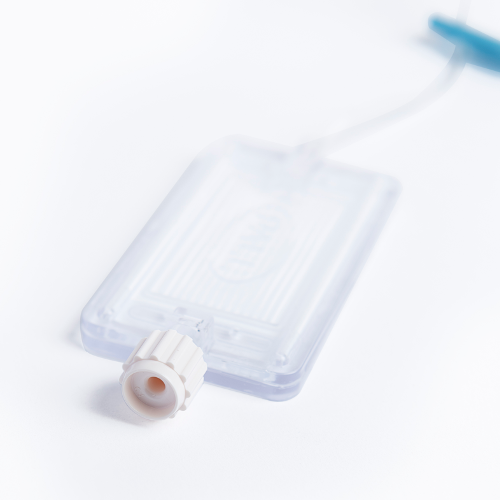 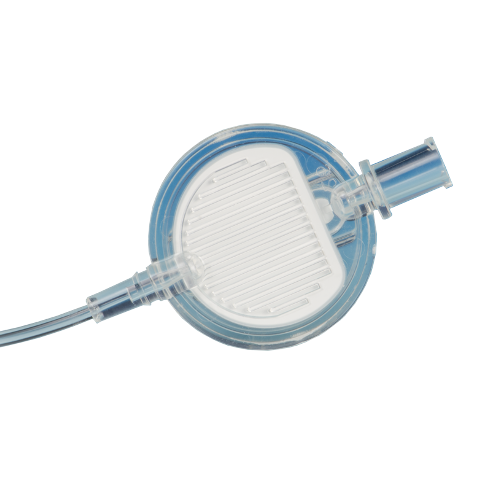 The Supor AEF Intravenous Filter Set is an air-eliminating filter indicated for use with any IV administration set for the removal of inadvertent particulate debris and microbial contamination. 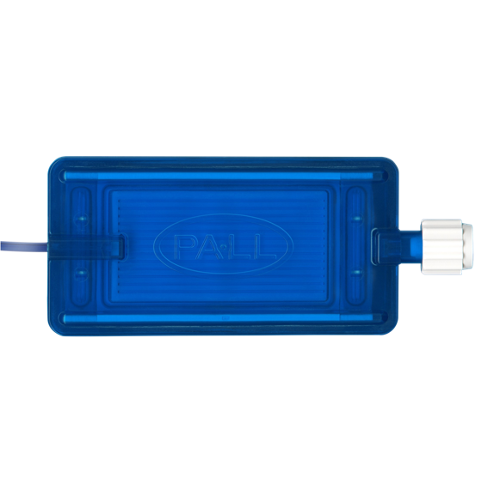 One major threat during COVID-19 infection is that the lungs of ICU patients are under attack.

a. Particles matter, no matter what size

No matter what size particles are, they have the potential to hurt the human body once they are in the circulatory system. The potential particle damage depends on a variety of parameters, such as size, shape, number and charge of the particles.

One septic shock animal study found that injecting intravenously tiny polystyrene particles with a diameter 6 μm after injection of lipopolysaccharides (LPS) led to a significantly lower survival rate compared to injection of LPS without particles21. The scientists also demonstrated a dose dependent effect: Higher numbers of infused particles led to high mortality rates and earlier death of the animals.

Furthermore, particles affect drug-induced toxicity (3): While treatments of mice with acetaminophen (APAP), 5-aminosalicylic acid (5-ASA) and tetracycline (TC) were non-lethal and did not result in severe toxicity, injections of the same drugs together with polystyrene particles with a diameter of 50nm led to synergistic enhanced toxicity. These results suggest interactions between pharmaceutical products and infused polystyrene particles22.

b. Particles correlate with functional disturbance in the microcirculation

Mortality of critically ill patients is driven by severity of the insult, comorbidities, appropriate treatment, and organ failure. Alterations of microcirculatory perfusion are associated with organ failure severity and mortality27. Maintaining a patent and well-regulated microcirculation is a key therapeutic end point in resuscitated and intensive care patients28.

Studies have shown that generic drugs may contain many more particles than the original product, in a size range relevant for impacting the microcirculation and contributing to a significant shut-down of tissue perfusion2. The data from this animal study, mimicking the ICU patient, indicates that the presence of a large number of small particles correlates with functional disturbance in the microcirculation. Measurement of the Functional Capillary Density (FCD) following drug injection revealed marked differences between the generic drugs and the control.

An additional animal study showed that using generic antibiotics led to the loss of almost 50% of hamster capillary network that was already compromised by prior ischemia and reperfusion, a loss that may well “tip the balance from recovery to organ failure or even death”3. These deleterious effects of particle contaminants on the post-ischemic microcirculation were entirely prevented using 0.2 µm in-line filters. These findings suggest that particle contaminants may pose a major threat to critical tissue perfusion, with potentially enormous relevance for patients with prior microvascular compromise of vital organs (i. e. post trauma, major surgery, sepsis) and that this danger can be averted by the use of commercially available in-line filters.

c. Where do particles come from and how many are there?

In 2017 and 2019 the Parenteral Drug Association (PDA) hosted the European convention in Berlin “Particles in Parenteral Injection Solutions”. The objective of the convention was an exchange of information about foreign particles regarding the production and inspection of pharmaceuticals, as well as the assessment of potential health risks for patients and possible ways of eliminating these. Prof. Cornelia Keck from the Philipps University of Marburg presented the following5,6:

d. How many particles are infused into the ICU patient?

The numbers vary, depending on what size you measure. Rule of thumb - the smaller the size, the more there are.

An answer to that question was given by Prof. Cornelia Keck at the European convention in Berlin on the topic of “Particles in Parenteral Injection Solutions”. In her experiment in cooperation with the Medical University of Hanover, a clinical PICU infusion scenario was set up in the laboratory. Instead of PICU patients, glass vials collected the infusion solutions which were infused for 72 hours.  69 billion submicron particles (< 1 µm) over a period of 3 days were counted5,6.

In 2012 Ernst and colleagues from the Fraunhofer Institute for Manufacturing Engineering and Automation IPA in Germany investigated 14 drug products in respect to their particle load. The particle count for the various drugs differed from 420,000 particles per ml drug up to 110 million particles per ml drug (particles with a size > 0.05 µm)4.

The authors of a study of real-life multidrug IV therapy protocols on a NICU (neonatal ICU) found that despite the absence of visible particles in the IV tubing, patients are infused with up to 85,000 particles per day (particles > 1 µm). Moreover, the study revealed that very large particles of about 60 μm were infused to infants. Further, the combined infusion of several drugs – standard for almost all ICU patients – causes a significant increase in particulate matter7.

Perez and colleagues demonstrated in 2018 that PICU (pediatric ICU) patients are infused with up to 416,974 particles per day (particles > 1 µm)8.

Adult ICU patients may receive up to 8256 particles over the 6-h infusion (particles > 1 µm). The largest particles found had the size of 341 µm. In comparison: a small blood vessels in the microcirculatory system has a dimeter of roughly 8 µm9.

Another study found that patients can receive up to 900,000 particles per day during hospitalization. The choice of drug concentration and/or the type of infusion set may reduce this10.

These last two studies were instrumental in bringing about a change in recommendations from national and international guidelines23,24,25.

The Infusion Nursing Society (INS) in the Infusion Therapy Standards of Practice (2016) states: “Consider fluid and medication filtration in critically ill patients; filter use was associated with a significant reduction in overall complications for patients in pediatric intensive care units, including a significant reduction in systemic inflammatory response syndrome (SIRS); a 0.2-micron filter was used for crystalline solutions and a 1.2-micron filter was used for lipid-containing admixtures”23.

Particles do not only potentially come from infusion equipment, but also through the given drugs. Particles of all sizes may cause a variety of problems for the ICU patient including emboli, triggering of inflammatory responses, respiratory distress, potential interruption of the microcirculation, hematological, renal or systemic complications. In-line filters can retain particles4,5,6,8. Clinical studies suggest the clinical benefit of in-line filters12,13,14.

National and international guideline makers have started to react to the latest scientific and clinical outcomes of particle and in-line filter studies and implement these findings in their respective recommendations in favor of in-line filtration in critical ill patients23,24,25.

Intravenous in-line filters are a suitable and easy to use solution for everyday use and may be particularly relevant during the COVID-19 pandemic crisis.