The PhaseSep® A/S Series coalescer is the latest member of Pall’s PhaseSep coalescer family and is a high-efficiency phase separation element. Specifically developed for BioDiesel production processes, the PhaseSep A/S coalescer can help achieve critical separations at a lower cost, with better efficiencies and reduced process times than conventional centrifuges or settlers.

The polymeric coalescer media contains a tapered pore construction. The emulsion enters at the inside of the element and passes through a fine media layer that initiates the coalescing process by starting the enlargement of the dispersed phase droplets. Increasingly coarse media layers facilitate the passage of larger coalesced droplets before the fluid departs from the outside layer of the coalescer element completing the coalescing process. The presence of difficult to separate emulsions can be costly and problematic for the BioDiesel producer. Inefficient separations of liquid contaminants can cause:

Breaking stable emulsions can be a difficult task depending upon the process conditions and feedstocks used. Pall has developed a highly efficient coalescing element to enable separation of the stable emulsions typically found in BioDiesel production processes. Important parameters in determining the ease of separating emulsions include: the interfacial tension (IFT), difference in density and viscosity. The IFT is a good way to assess the stability of an emulsion. For the very stable emulsions formed in BioDiesel processes, the IFT can be very low (<20 dyne/cm) and conventional separation technologies, including fuel product coalescers, can lose their efficiency when the IFT reaches below 20 dyne/cm.

Compatibility is also a key consideration when selecting a coalescer. Pall coalescers are available in a wide range of materials including various polymers and fluoropolymers. The PhaseSep A/S Series coalescer is compatible with chemicals typically encountered in the BioDiesel process including: acids, caustics, and alcohols. For compatibility information with a specific chemical, please contact your local Pall office.

Performance of PhaseSep A/S Series Coalescers
• Typically remove free phase liquid contamination to a level of 50-350 ppmw based on gravimetric analysis
• Handle inlet dispersed liquid contaminant concentrations as high as 10% and greater1
• Separate emulsions with interfacial tensions as low as 0.5 dyne/cm Note: each application for the PhaseSep A/S Series L/L coalescer should be reviewed by Pall Corporation for technical feasibility.

The first stage consists of a pre-filter housing that is used to remove solids from the inlet emulsion stream to protect the coalescer and ensure long service life. The pre-filter also functions as a precoalescer and starts the fine droplets in the emulsion on their route to forming larger intermediate drops that continue to enlarge in the coalescer medium. 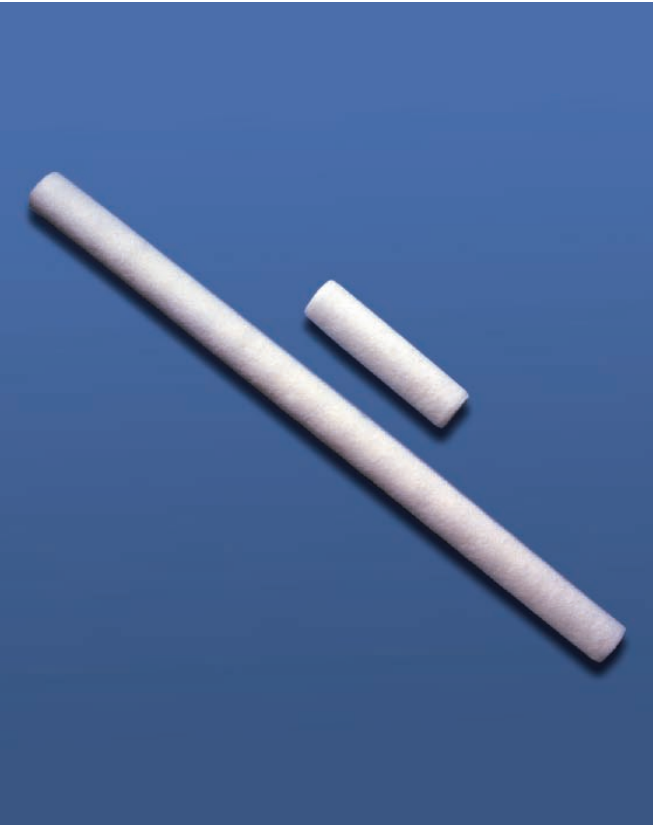