A Middle East refinery operates a large amine sweetening unit with a total inventory of 3000 m3, and the filtration flow rate across the existing lean solvent filter is 200 m3/h. The filter housing is 36-inch in diameter, and it holds three large-diameter cartridges rated 5 μm but with no stated removal efficiency. The original process specifications required a solid content below 10 ppm.

Efficient filtration of the solvent loop is critical to capture the solid particles that contribute to foaming, fouling, and other operational challenges. The amine sweetening process best practice recommends that the solvent filter features an absolute filter rating. The rating and removal efficiency of an absolute rated filter are based on a test standard. This ensures efficient and constant elimination of the solid particles. On the contrary, a commodity, non-absolute rated filter, also defined as «nominal», features an arbitrary filter rating and un-controlled removal efficiency. 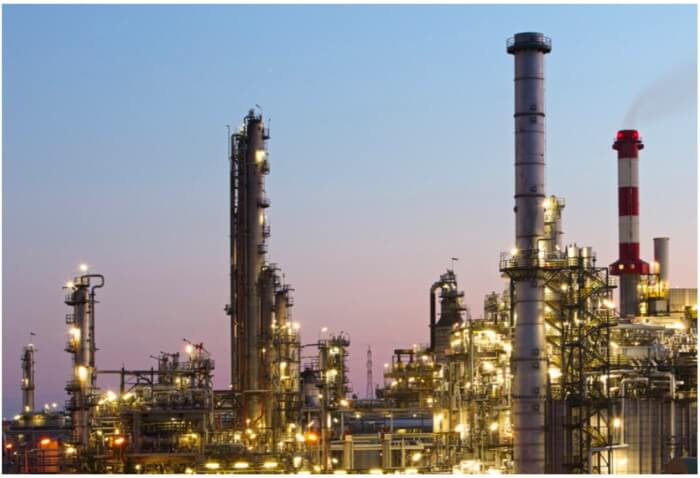 Preliminary tests using 70, 10 and 5 μm absolute rated filters demonstrated that the solvent quality would significantly improve with Total Suspended Solid (TSS) contents below 5 mg/L, which was even exceeding the TSS specification. While the visual appearance of the solvent was black colored, the 10 and 5 μm absolute filtered solvent was colorless and clear, as shown. The 70 μm absolute filter performed better than the existing 5 micron rated filter, typically observed when comparing absolute rated filters with commodity filters.

The refinery was convinced and purchased several sets of filter cartridges rated 100, 70, 40, 20, and 10 μm absolute to gradually clean-up the solvent loop. Within about 8 weeks, the solid content in the inventory dropped to below 5 mg/L. Simultaneously foaming incidents stopped, and production went back to normal.

The acid gas removal unit (AGRU) had been operating well initially, but after the first turnaround, it started to experience foaming issues and solvent losses. Foaming problems were continuous and resulted in a 15% AGRU capacity drop, forcing reduced production in unit operations generating sour gas. The refinery reported that the solvent was visually black in color, with solid contents of 100 mg/L on average. Because of this high solid content, the filter was fouling weekly.

Overall, this retrofit solution turned to be very cost-effective for the refinery, as it required no Capex, only the purchase of the filter elements. The problem lasted for about six months until the solution was identified and implemented. This is assumed to have costed the refinery multi-million dollars margin losses. The payback for the retrofit solution is estimated to be less than one month.

As of today, the solid content is maintained at around 10 mg/L, and the filter change-out is weekly. The filter change-out frequency is about the same as before, but with the Pall filter unit price being about 30% lower, this retrofit generated an additional yearly savings of $47,000.

For amine filtration, the best practice is to use filter cartridges with an absolute rating of 10 μm or below and a removal efficiency of 99.98% (Beta ratio 5000), to produce a solvent with a solid content of ≤1-5 ppm. 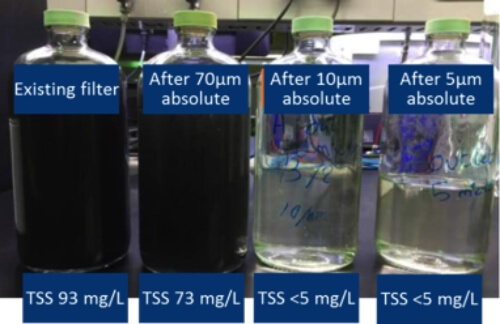