To meet these demands, Pall is proposing to extend our existing Newquay facility at St Columb Major, Cornwall, TR9 6TT. This informational website is intended to provide the local community with information about Pall’s proposals for the site. Pall appreciates your interest and engagement with us on this journey to better serve our customers and bring more opportunity to our community.

The site is located at Pall’s Newquay facility. The site is bounded to the:


The existing production facility was developed originally in 1988-89 with an infill extension at the northwest corner added in 1994-95. Belt 6 will be located partly within the original 1988 building (warehouse area), partly within the 1994 extension (warehouse area over basement plant room) and partly within a two-storey westwards extension of the 1994 extension. Here at Pall we understand the existing production facility to comprise 1988 warehouse area – generally a single storey steel portal frame superstructure, supporting lightweight made-up roofing and cladding systems founded on reinforced concrete, groundbearing spread footings with a warehouse floor slab suspended on sleeper walls on groundbearing strip footings, all in reinforced concrete.

1994 extension – generally a two-storey steel portal frame superstructure, supporting lightweight made-up roofing and cladding systems founded on reinforced concrete, groundbearing spread footings with a composite precast concrete warehouse floor, suspended on steel beams, a ground bearing reinforced basement floor slab and ground bearing reinforced concrete retaining walls at the interface with the 1988 building to form the basement area. The site has a three-storey building at the approximate centre. This building houses production/manufacturing areas, office space, a canteen, kitchen, warehousing, locker rooms and toilets. A anaerobic digester located to the west of the main building treats liquid waste generated by the site. To the north of the main building is a chemicals storage building and sprinkler pump house . North and adjacent to these auxiliary buildings is a delivery yard.

The external areas of the site are occupied by access roads, car parking  areas of hardstanding and landscaping. An area in the north of the site is covered with scrub vegetation. Access is via an access lane on Canaton road, which connects to the A3059. 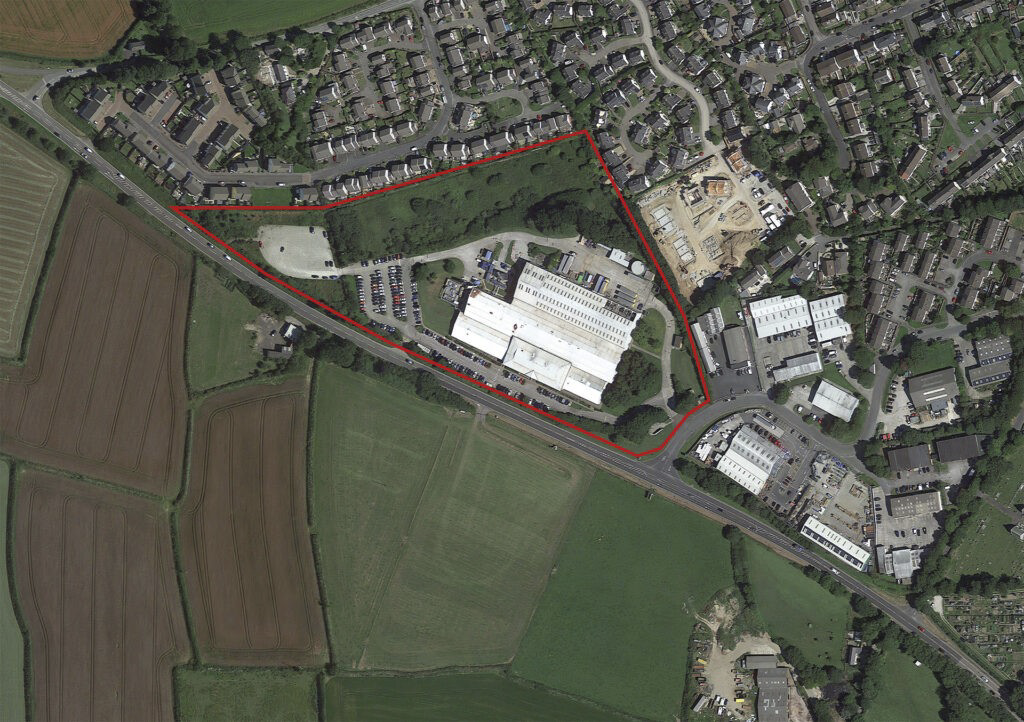 The proposed development would enable Pall to site additional flatsheet membrane manufacturing lines to serve growing customer demand for Pall products, including those products that are used for COVID response.

Access would be provided from the site’s existing main access. A detailed landscaping plan, which seeks to provide vegetative screening of the proposed development and biodiversity enhancement as far as practically possible.

The proposals will deliver numerous benefits including:

Planning permission for Pall’s Newquay plant expansion has been approved as of the 29th of November, 2021 by Cornwall Council. This is exciting news for the creation of additional permanent skilled jobs and financial investment in the County as well as helping with the global COVID vaccine rollout.

Looking forward we will conduct the following work on site:

Pall is committed to keeping the community informed of the emerging proposals. This website will receive periodic updates as we receive feedback from the community and Council Officers regarding the proposals.

We would like to hear from you. Please use the comment box below to submit any comments or questions you may have about this proposal. Thank you for growing with us.

Thank you for your feedback